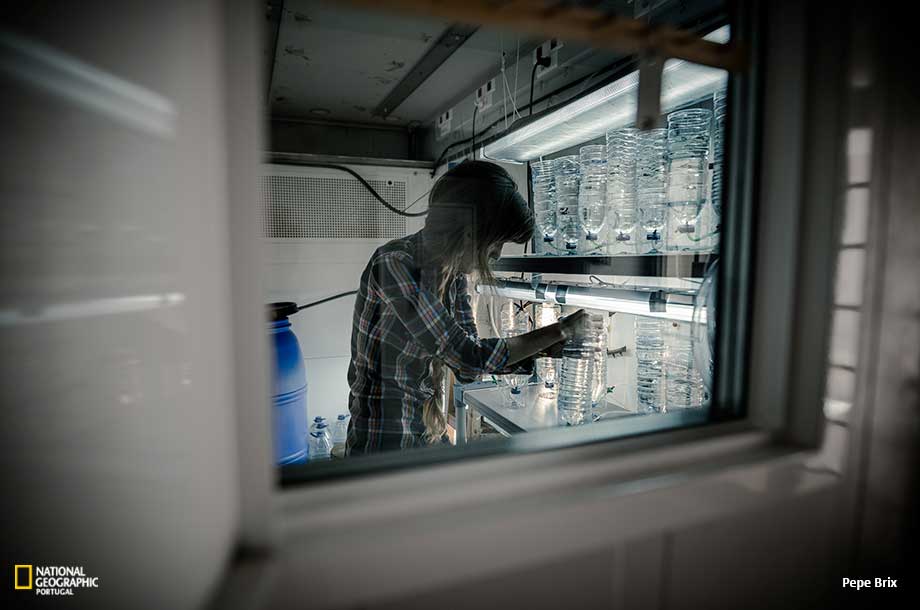 ​​​​​​​The July issue of National Geographic magazine highlights the work of Leonardo Mata, a Portuguese researcher at the Center for Marine Sciences in the Algarve (CCMAR), for his research on the large-scale cultivation of a red macroalgae capable of reducing the emission of greenhouse gases originated by the livestock sector into the atmosphere and thereby slow down global warming.

Global warming and the emission of greenhouse gases by the livestock sector (mostly methane), represent a concern for society, and man is in fact facing a great challenge to stop the situation.

The scientific community is looking for answers to solve this problem and awoke in 2014 to a possible solution, which is a red macroalgae (Asparagopsis taxiformis) with a unique potential to significantly reduce (about 90%) the levels of methane released by ruminant animals (such as cows and sheep).

The same red algae that Leonardo Mata, a researcher at the Centre for Marine Sciences in the Algarve (CCMAR), has been studying since his doctorate (2004-2008) at the University of Algarve and CCMAR. The Portuguese researcher has successfully developed an experimental system for growing this macro algae in tanks, integrated with a fish farm located in Olhão.

It was at James Cook University in Australia that Leonardo Mata “played a fundamental role in establishing the systems that later served as the basis for the research that put the species in the mouth of the world”, says the magazine.

Henceforth, the researcher created a CCMAR spin-off company (Gopsis, Lda) to provide consultancy in the cultivation of macroalgae, established a partnership with a fish aquaculture company based in the United States to produce the macroalgae on a commercial scale in Vietnam Sea.

It is in the CCMAR laboratories, at the University of Algarve, that Leonardo Mata maintains a library of various strains of red algae collected in Portugal and in other parts of the world.

In this environment, under controlled conditions, his research team works to control the cultivation of the different stages of the species' life cycle, and optimize the growth rates, and the content of the natural compounds responsible for reducing the methane emissions of the cattle. The results of the research at CCMAR provide direction for commercial scale cultivation efforts in Vietnam.

And it was in these laboratories, filled with colorful red algae, that National Geographic journalist Pepe Brix observed and photographed what may be the solution to a global problem. It is worth reading the full article, which can be found here.