Bordered by the Atlantic Ocean to the West and South and by Spain to the North and East, Portugal occupies the western part of the Iberian Peninsula, and has two archipelagos in the Atlantic Ocean: Madeira and the Azores. Mainland Portugal (Continente) is divided by the Tagus River (Rio Tejo) that rises from Spain. The northern landscape is mountainous with several plateaus indented by river valleys, while plains characterize the southern area, including the Alentejo and the Algarve. Portugal’s Exclusive Economic Zone (EEZ), a sea zone over which the Portuguese have special rights over the exploration and use of marine resources, has 1,727,408 km2, being the largest EEZ of the European Union and 11th largest in the world.

Portugal is one of the world’s oldest countries. It became an independent nation in 1143, and has maintained its independence and national boundaries since the 13th century, except for a brief period under Spanish domination between 1580 and 1640. Being the pioneers of the Age of Discovery, Portugal established the first global empire in history, and the longest lived of the European colonial empires, from the capture of Ceuta in 1415, to the handover of Macau to China in 1999 (almost 600 years). Portugal became a republic on the 5th of October 1910 and is an established democracy today.

Portugal is a developed country with a high Human Development Index. It is a member of the European Union (since 1986) and the United Nations (since 1955); as well as a founding member of the Organisation for Economic Cooperation and Development (OECD), North Atlantic Treaty Organisation (NATO), Community of Portuguese Language Countries (Comunidade dos Países de Língua Portuguesa, CPLP), and the European Union’s Eurozone. Portugal is also a Schengen state. According to the Global Peace Index, Portugal is the 17th most peaceful country in the world (2011). 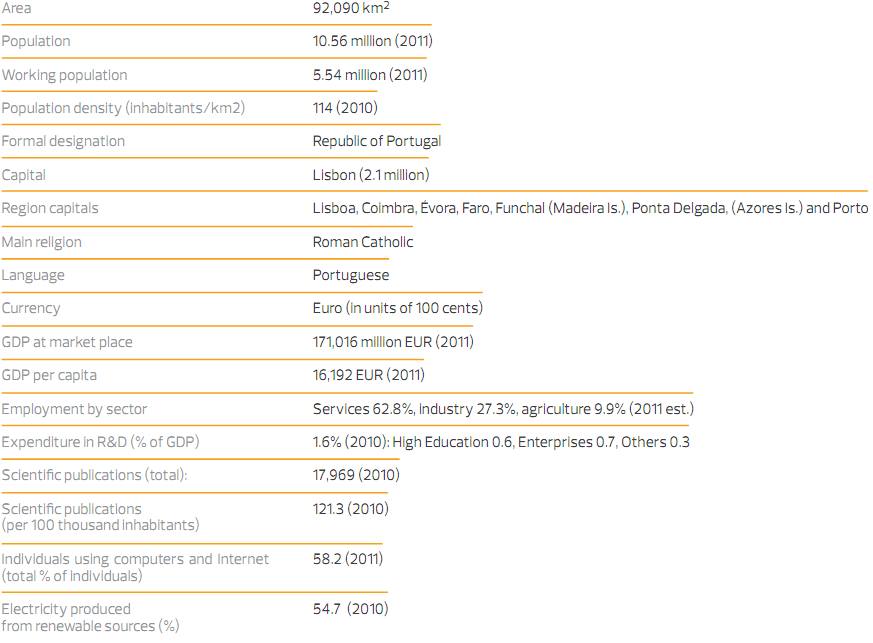