"Origins of Coastal Adaptations" is the theme of the Webinar that will take place on May 21, at 4pm, through the Zoom platform, with Klervia Jaouen (Centre National de la Recherche Scientifique) and Erich Fisher (ICArEHB) as speakers, with moderation by Vera Aldeias (ICArEHB).

Organized by the Interdisciplinary Center for Archaeology and Evolution of Human Behavior (ICArEHB), the Webinar is part of the "ICArEHB Dialogues" cycle, and will be held in English.

Klervia Jaouen is a CNRS researcher at the department of Geosciences and Environment (GET/ Géosciences Environnement Toulouse) at the Observatory Midi Pyrénées in Toulouse, where she is currenty conducting an ERC Starting Grant Program (ARCHEIS) focusing on the use of novel isotopic tools to track the onset of fish consumption among hominins. Her background is in geochemistry and she uses since her PhD (defended in 2012 at the Ecole Normale Supérieure de Lyon and the University Claude Bernard, France) tracers coming from this field, but applied to archeological questions. She has been postdoctoral researcher for 6 years at the department of Human Evolution of the Max Planck Institute for Evolutionary Anthropology where she mainly worked on the use of Zn isotopes to characterize ancient diets, notably through her DFG program « PALEODIET » (co-PI with Thomas Tütken).

Erich Fisher recently joined ICArEHB from his former position at the ASU Institute of Human Origins. He specializes in archaeoinformatics and African prehistoric archaeology and his research focuses largely on the role of coastlines and coastal resources in the survival of early humans and their movements out of Africa. Erich has over 20 years of international archaeological experience and nearly 15 years of experience working in Africa. He has been part of numerous high profile studies, including the discovery of the earliest evidence of marine foraging and pyrotechnology and the first direct evidence of the Toba supervolcano eruption at an African archaeological site. Since 2010, Erich has developed and co-led the multidisciplinary and multinational P5 Project in Mpondoland, South Africa. Most recently, the P5 team has documented the first direct evidence of coastal occupation and foraging during a glacial maxima in southern Africa.

ICArEHB researchers are dedicated to uncovering human histories from the beginning of our species to the emergence of complex societies. "ICArEHB Dialogues" is designed to represent the breadth of research that the Center encompasses and to engage researchers and the public from around the world with the research of leading experts in their fields whose work fits with ICArEHB's research goals and themes.

Eight researchers have been invited, whose areas range from early human evolution, to the more recent development of complex societies. Each session will feature one guest and one ICArEHB member, with the aim of stimulating dialogue between researchers and providing an opportunity for the scientific community and the public to join the conversation on such relevant topics of human origins.

More information and registration at http://www.icarehb.com/dialogues/ 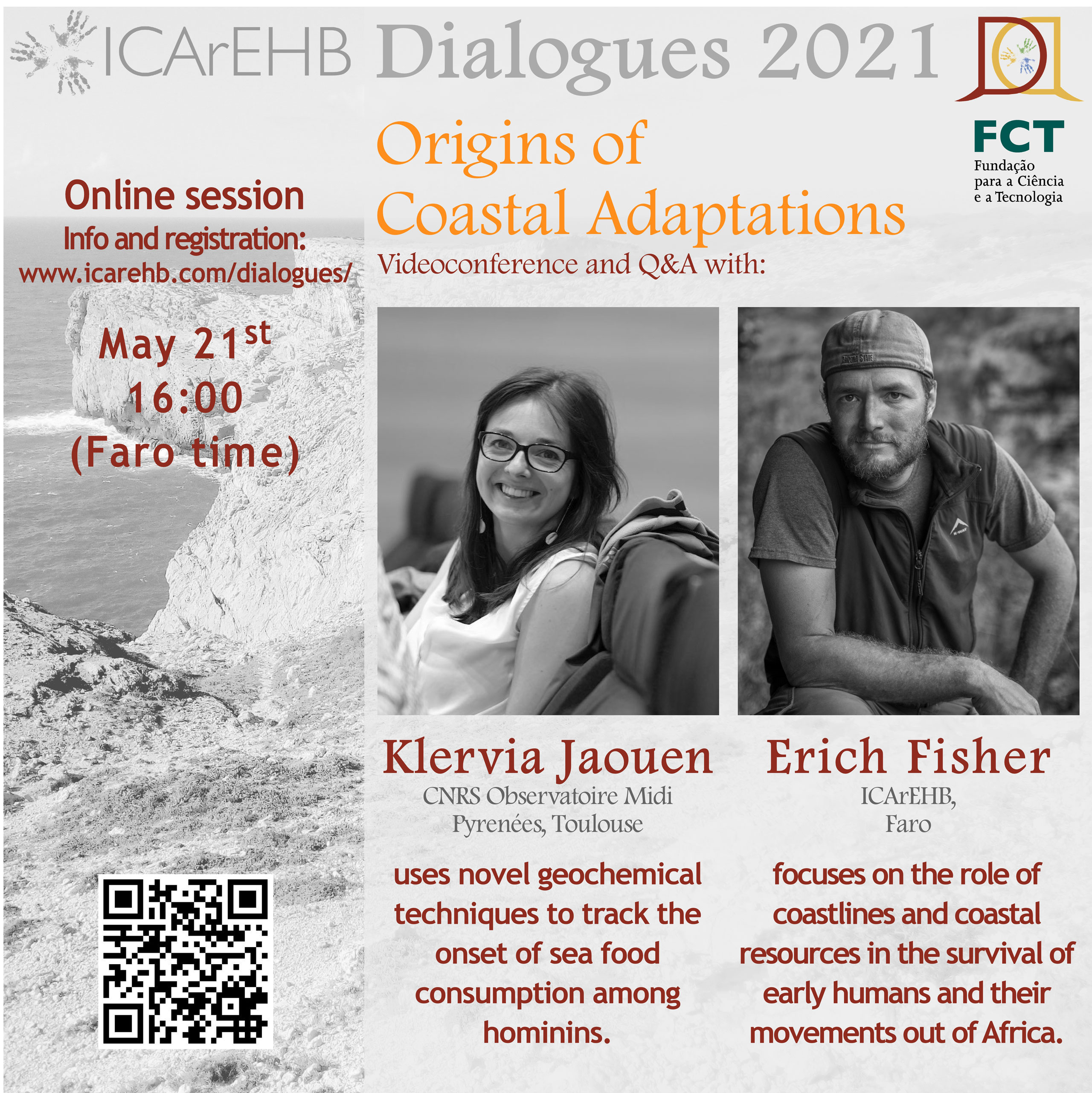