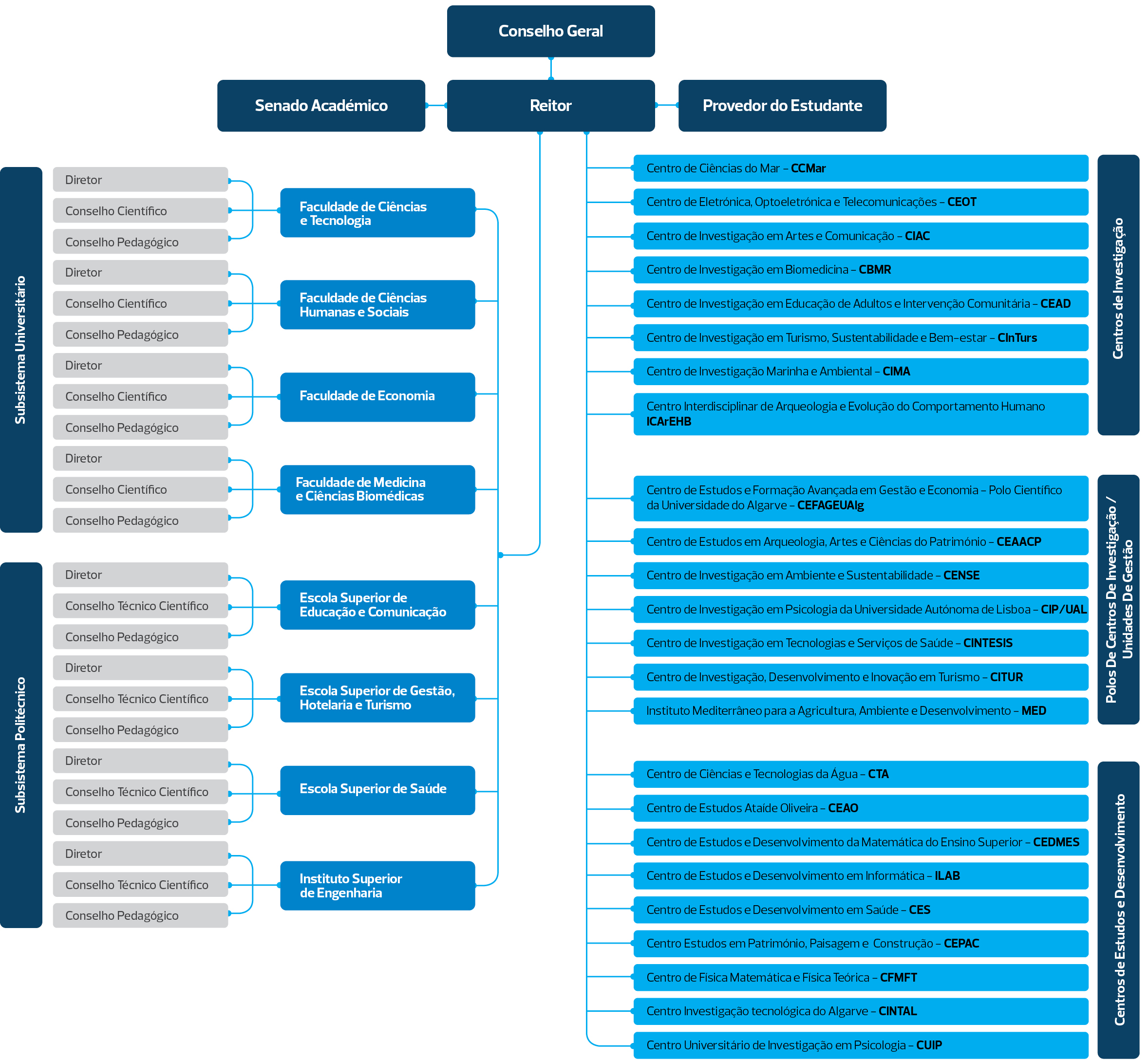 Defined as a legal person under public law, endowed with statutory, scientific, pedagogical, cultural, administrative, financial, patrimonial and disciplinary autonomy, the University of Algarve has for fundamental purposes, according to its Statutes:

The present Statutes of the University of Algarve were ratified by Normative Order No. 65/2008 (see document box below) of the Minister of Science, Technology and Higher Education on 22 December 2008.

In 1988, through decree-law no. 373/88, of 17 October, and considering that the Basic Law of the Educational System, approved by Law no. 46/86, of 14 October, opened perspectives to the possibility In order to improve the articulation conditions of the University Higher Education subsystem with the Polytechnic Higher Education subsystem in the region, the Government decreed the articulation, for the purposes of common management, of the two institutions.

Following the approval of the University Autonomy Law (Law No. 108/88, of 24 September) and in view of the need for a higher education institution in the Algarve with the critical dimension necessary to face the problems of the development of the Country and in particular the Algarve region, the Statutes of the University of Algarve were prepared.

In 1991, it gathered an Assembly with the participation of representatives of teachers, students and employees of all the Organic Units of the Polytechnic Institute of Faro and the University of Algarve and also of the representatives of the Central Services common to both institutions, having been approved the Statutes in force until 2008. These Statutes were approved by the then Minister of Education, Eng. Roberto Carneiro, through Normative Order No. 198/91, of 27 August.

In view of the approval of the Statutes of the University of Algarve, the Government understood that it was necessary to create a legal framework appropriate to the new reality, not only in terms of heritage but also of human resources and, through Decree-Law No. 241/92, of October 29, decreed the extinction of the Polytechnic Institute of Faro.