José Bragança is a researcher at the Biomedical Research Centre (CBMR). His team is trying to understand the molecular mechanisms involved in heart development, as even small changes during pregnancy can result in prenatal developmental delays or imperfections and, in extreme cases, even intra-uterine death.

José Bragança is a researcher at the Biomedical Research Centre (CBMR). His team is trying to understand the molecular mechanisms involved in heart development, as even small changes during pregnancy can result in prenatal developmental delays or imperfections and, in extreme cases, even intra-uterine death.

“Anomalies in heart development are the most common ones, occurring in about 1 in every 100 babies born. These anomalies are present right from birth, and are known as congenital heart diseases”, explains José Bragança.

“About a quarter of these babies have serious heart defects, which may require surgery or other treatments early in life to restore heart function”, says the researcher, adding that “most of these children will have clinical follow-ups and undergo challenging treatments throughout their lives”

In more recent work, the group has used embryonic stem cells to get a closer look at the role played by CITED2.

In José Bragança’s opinion, “Embryonic stem cells are fantastic cells because they can differentiate and give rise to new cells with different functions, including heart cells”.

Using this cell model, it has already been demonstrated that CITED2 is also very important at the beginning of the process in which stem cells differentiate into heart cells. The conclusion is that supplementing the proteins WNT5A and WNT11, which are released by cells and act as messages sent to other cells, is an effective way in which to combat the differentiation defects caused by a CITED2 deficiency. The researchers have also shown that zebrafish embryos with decreased levels of CITED2 present with heart defects, which can also be reduced with WNT5A and WNT11
supplements. As the function of CITED2 is the same in the fish as it is in humans, the results obtained suggest that simple clinical approaches may be developed in the future to prevent or limit some infant heart malformations.

In the future, this research aims to reduce the occurrence of congenital heart disease, without the need for surgery, thus contributing to a positive impact on the quality of life and wellbeing of a significant portion of the global population, and leading to better health for all (Goal 3). 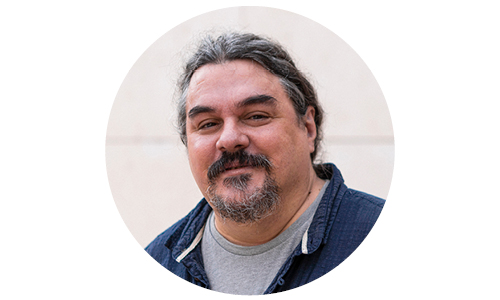 José Bragança has a Bachelor’s and Master’s Degree in Biochemistry, a PhD in Biochemistry and is a researcher at the Molecular Biology Biomedical Research Centre (CBMR) of the University of Algarve.