The Ciência Viva Center of the Algarve, the first interactive center in the Ciência Viva Centers network, in operation since August 3, 1997, has the mission of education for scientific knowledge and scientific and technological dissemination, through the development and promotion of actions that stimulate interest in scientific and technological culture among the population and, especially, with the youth community.

The spaces of the Centro Ciência Viva do Algarve comprise a permanent exhibition dedicated to the sea, rooms dedicated to the physics and chemistry of light and the brain and the senses, a garden with a set of modules dedicated to harnessing solar and wind energy, a greenhouse smart and a roof terrace with a magnificent view to the Ria Formosa ..

The permanent exhibition takes the visitor on an exploratory journey through different facets of the marine and coastal biosphere, in a dive from the surface to the depths of the oceans, which helps to reveal the secrets of the origin and future of life on our planet. The themes of the exhibition area include the evolution of the oceans, marine biodiversity, the physics of the sea and the atmosphere, the physics and chemistry of light and color, the brain and the senses, as well as the preservation of the environment and the economic aspects of human activities related to the sea.

The interactive modules help the visitor to clarify doubts about the physical and geological phenomena associated with the sea and the atmosphere, and the action of the forces of nature relevant to human activity in the marine and coastal biosphere. The palpable (interactive aquarium), the atmospheric and underwater currents, the evolution of the oceans (from Pantalassa to the current oceans), the volcano, the earthquake (seismic table), the multimedia applications dedicated to the ocean bottoms (from hot broths to current oceans) and tides, the vortex, the tornado, the surface tension, the Bermuda triangle, the Magdeburg hemispheres, the Ocean Base, by-catch, light and depth, and the tropical and temperate aquarium. And modules dedicated to the solar system, physics and chemistry of light and color, the brain and the senses. 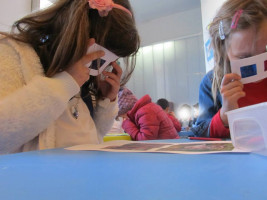 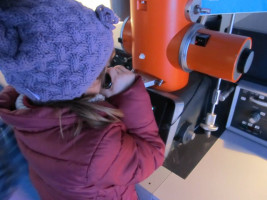 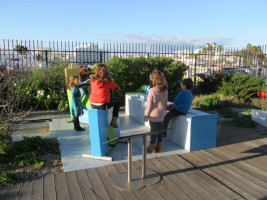 Outside, Jardim da Cigarra “Energia Sem Fim” presents a set of interactive modules dedicated to renewable energies. In this space there is “artificial life” fed by the electric energy produced in the local solar and wind micro-generation stations, which reacts to the presence of visitors and is capable of creating “energy cascades”.

The smart greenhouse is a space dedicated to hydroponics and aeroponics where plants grow “without soil”. Visitors can observe “hanging gardens”, discover lettuces fed by fish, and also get to know carnivorous plants that eat insects, among many other activities.

Finally, visitors will have the opportunity to enjoy the Ria Formosa from the terrace, where they will find several modules associated with the sun. The terrace of the Centro Ciência Viva do Algarve is a privileged place for bird watching, as the Ria Formosa is an important stopping point for countless birds on their way to or from Africa.

Centro Ciência Viva do Algarve also develops programs to support experimental science teaching, organizes themed birthday parties for the youngest (from 4 to 11 years old), and carries out various activities to disseminate science, technology and research scientific and technological, including lectures, workshops, field trips, field trips, and astronomy sessions (observation of the Sun and night observations, and planetarium sessions), both for school groups and the general public.