“How did humans switch from hunting and gathering to farming?” This question was the starting point of the study conducted by Hugo Rafael Oliveira, a researcher at the Interdisciplinary Centre for Archaeology and Evolution of Human Behaviour (ICArEHB) at the University of Algarve, and head of the OWLDER - Old World Legume Domestication, Evolution and Resources Project.

“How did humans switch from hunting and gathering to farming?” This question was the starting point of the study conducted by Hugo Rafael Oliveira, a researcher at the Interdisciplinary Centre for Archaeology and Evolution of Human Behaviour (ICArEHB) at the University of Algarve, and head of the OWLDER - Old World Legume Domestication, Evolution and Resources Project.

Future population growth and climate change are set to make feeding the entire world problematic. As Hugo Oliveira explains, “Studying the biodiversity of wild ancestral and traditional varieties of legumes and understanding how societies used them to create forms of sustainable farming in the past may help provide a solution to the challenges now faced concerning food security.”

As part of his research, he sequences the genomes of wild ancestral and traditional varieties of these species. This enables him to reconstruct the histories of the three legumes, as well as the way in which their biodiverse nature can be used to obtain varieties better adapted to climate change, thus contributing to providing a sustainable source of protein to aid global food security.

How were legumes domesticated? Could their biodiverse nature be the reason why they were able to adapt to climates as distinct as those of Northern Africa and Scandinavia so quickly? These are the questions he is trying to answer with his research.

The importance of legumes for global food security was demonstrated by the UN when it declared 2016 the International Year of Pulses. It is estimated that around 31 billion US$ worth of legumes are cultivated annually, providing 33% of the protein consumed by humans.

The researcher believes that, “Legumes are increasingly attractive to those looking to implement sustainable farming practices, due to their multiple uses, high nutritional value and capacity for high yields in diverse environments. As such, they have a crucial role to play in building resilient agricultural systems, especially in their ability to add nitrogen to soil.”

Although addressing an archaeological question, Hugo Oliveira says that, “The genomic data generated can be used to produce new varieties, which are adapted to climate change.” He goes on to say that, “Partners such as agricultural companies, both in Europe and Africa, will be able to directly benefit from the data, which will be available on Open AccessDatabases.”

He further explains that: “Strategies to enhance agricultural resilience will be discussed with Non-Governmental Organisations (NGOs) and think tanks, as a way in which to highlight how legumes have contributed to food security in the past, and how they will be able to do so in the future.”

The researcher also argues that, “The data generated will have a considerable economic impact due to the importance of lentils, peas and black-eyed beans for both farmers and consumers in Portugal.” Being able to pinpoint the genetic basis of plant domestication will also make it possible to introduce new crops that can be domesticated from scratch, including species of the Azolla genus, Apios americana, Thinopyrum intermedium and the Japanese seaweed, Saccharina.”

This research project contributes to Goal 2: “Zero Hunger”. The target for 2030 is to ensure sustainable food production systems and implement resilient agricultural practices that increase productivity and production, helping to maintain ecosystems that strengthen capacity for adaptation to climate change, extreme weather, drought, flooding and other disasters, and that progressively improve land and soil quality.

“By looking into the past, at how communities created agricultural systems that lasted for centuries, and by valuing these traditional and wild varieties, we are helping ensure food production patterns are made more sustainable (Goal 12). We have entered into partnerships with universities and agricultural improvement companies in both Europe and Africa. In addition, making genomic data available in open access databases helps implement the knowledge generated on the ground (Goal 17),” concludes the researcher. 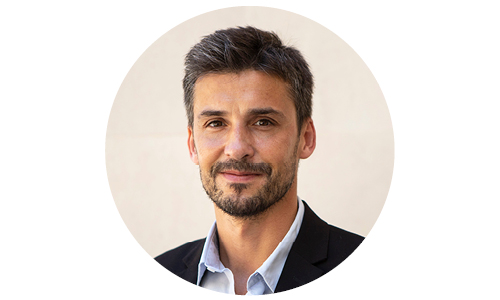