Improving sustainability in the production of emerging species

Sofia Engrola is a researcher at the University of Algarve’s Centre of Marine Sciences (CCMAR), where she coordinates the Aquavitae project. The primary objective of this project is increasing the sustainability of aquaculture in the Atlantic Ocean, by developing the production of new species with low trophic levels.

Sofia Engrola is a researcher at the University of Algarve’s Centre of Marine Sciences (CCMAR), where she coordinatesthe Aquavitae, project. The primary objective of this project is increasing the sustainability of aquaculture in the AtlanticOcean, by developing the production of new species with low trophic levels and optimising the production of aquaculture value chains by integrating the principles of a circular economy.

As the researcher explains, “The Aquavitae project seeks to increase production and improve the sustainability of crops of emerging species, that is, species that are positioned on the lowest trophic level, such as sea urchins and bivalves. At the same time, we are promoting a zero-waste
strategy, in which the products or byproducts of one production phase can be reused in another.”

Sofia Engrola exemplifies, “Mussels produced in aquaculture, but which are too small to be marketable, will be made into flour, which is later used to produce fish feed.”

Statistics show that by 2050, it will be necessary to feed a global population of over 9 billion people. It is estimated that 70% of the fish consumed will be produced in aquaculture, which means the sustainable development of this practice must be prioritised. Consequently, there is an urgent need to develop and optimise the production of low-trophic level species, such as algae, bivalves and sea urchins, as products that could potentially be consumed by humans directly or used in the production of aquaculture feed.

The Aquavitae project, which is funded by the EU’s Horizon 2020 programme, works alongside 35 partners from 15 different countries, across three continents, and does far more than cultivate new species.

This broader project includes implementing monitoring methods and sensors in the aquaculture industry; promoting research in the area of food security and nutrition; implementing strategies to monitor and control risk mitigation for the production of low trophic level organisms; analysing and developing the profitability and socioeconomic impact of aquaculture production chains; and, lastly, analysing aquaculture and governance policies.

The Aquavitae project will increase the sustainability of aquaculture production and the various related sectors, implementing a circular economy and zero-waste strategies, thus contributing to a sustainable future for humankind.

The range of areas in which this project operates means it is aligned with several Sustainable Development Goals, helping bring an end to world hunger, promoting health and well-being, developing industries, innovation and infrastructure, and policies that foster sustainability for marine life. 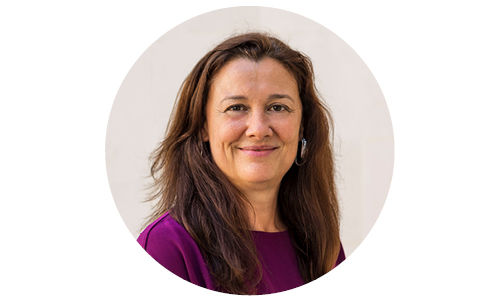 Sofia Engrola has a Bachelor’s Degree in Marine Biology and Fisheries, Specialising in Aquaculture, a PhD in Aquaculture Nutrition and is a researcher at the The Centre of Marine Sciences (CCMAR).