Valuing and enhancing the mediterranean identity

Anabela Romano is the coordinator of the MD.net project which aims to reinforce the role of the Mediterranean Diet as a means with which to respond to the socioeconomic needs of local communities.

Classified as Intangible Cultural Heritage by UNESCO, the Mediterranean Diet is a holistic concept that marks a meeting point between knowledge and know-how, landscape, rituals, symbols and traditions, in a mosaic of local variants bound by a common thread. This can be seen in the way architecture and farming practices are adapted to geo-climatic conditions, the sustainable use of local resources, the sustainable exploitation of biodiversity, and ways of life and food patterns.

Mediterranean dietary patterns have been the subject of numerous studies, each of which has demonstrated their positive impact on strengthening immune systems, longevity and the ability to control cardiovascular diseases, to name but a few of the benefits that have led to this diet serving as a model for dietary guidelines published in a number of countries. However, Anabela Romano explains that, “As a holistic concept, the Mediterranean Diet is more than a dietary pattern; it is a central pillar of our cultural identity, encompassing our historical influences, traditional knowledge and the harmony built between human actions and nature, community experiences and their diverse traditions.”

The University of Algarve has been actively engaged in promoting and safeguarding the Mediterranean Diet, both nationally and internationally, since 2013. As the researcher explains, “The MD.net project reinforces the role taken on by the institution, valuing the
wealth of resources used to reinforce the Mediterranean identity on the one hand, and combining traditional knowledge and new technology to enhance sustainable economic development on the other.”

This project contributes to several Sustainable Development Goals being reached, by promoting food security, a healthy lifestyle and balanced, accessible eating patterns, which have low environmental impacts due to the prevalence of plant foods and a shift away from animal foods. The latter was also the reason why this eating pattern was included as one of the World’s Most Sustainable Diets by the United Nations Food and Agriculture Organisation.

It also contributes to protecting and preserving terrestrial life, by promoting sustainable production and consumption practices, implementing a balanced management of natural resources and reducing pollutants that are harmful to our ecosystems. 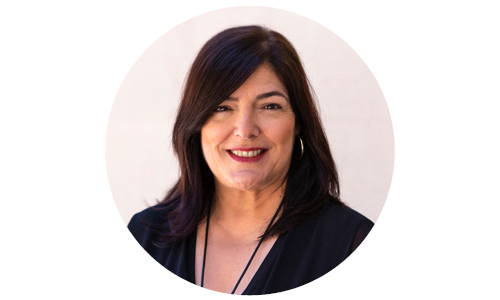 Anabela Romano has a Bachelor’s Degree in Biology; PhD in Biology – Plant Biotechnology and is a researcher at the Mediterranean Institute for Agriculture, Environment and Development (MED)