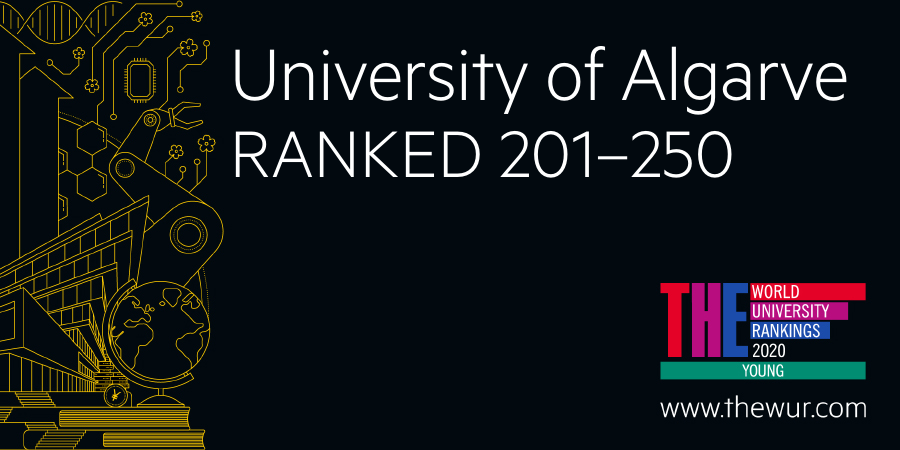 The University of Algarve appears for the third time in the Times Higher Education (THE) Young University Rankings 2020 ranking, which analyzes the performance of higher education institutions created 50 years ago or less. Among the eight Portuguese higher education institutions that make up this ranking, the UAlg stands out in the indicator that assesses the international projection.

The THE list only indicates the exact place of the institutions up to the 100th position, after which they are classified by large intervals, without hierarchy.

Despite the increase in the competitiveness of this ranking, UAlg ranks between positions 201 and 250. This is the eighth year of publication of THE's evaluation, which in this edition has seen an increase in the number of institutions (414), compared to 2019 ( 351), and countries, going from 60 in the past year to 66 in 2020.

The 13 indicators evaluated are the same used in the World Ranking of Universities of Times Higher Education and are organized around five major areas: the quality of teaching and research, the citations of scientific articles produced, their relationship with industry or the international projection.